We take a look at what shipping companies can do to improve the mental health and wellbeing of seafarers. 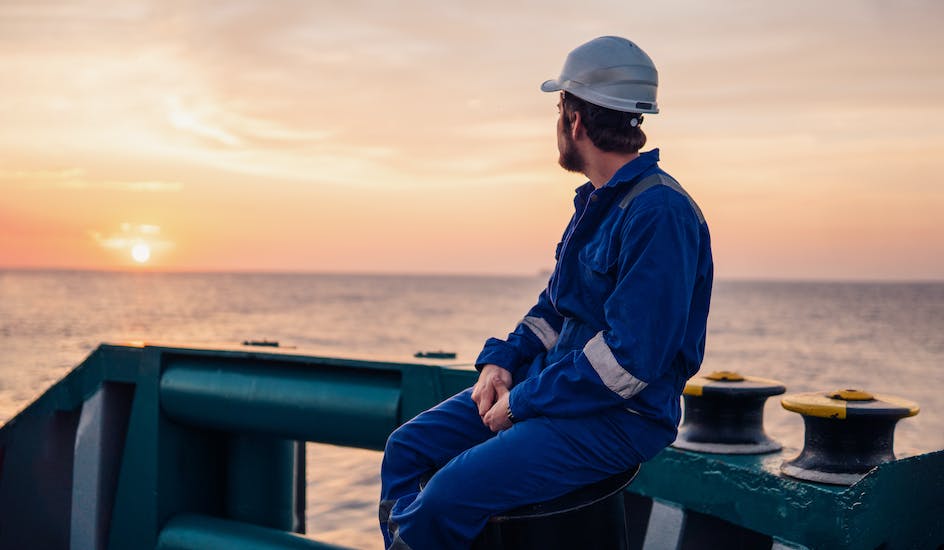 April is stress awareness month, the ideal time to take a look at how the Covid-19 pandemic has affected the mental health of seafarers and what shipping companies can do to address this.

A study to mark Stress Awareness found that 65% of people in the UK have felt more stressed since the Covid-19 restrictions began in March 2020. The three key causes for concern are feelings of disconnection, uncertainty, and a worrying loss of control.

Some seafarers will no doubt recognise these feelings, given their mental health has been extremely challenged over the past year. In January it was revealed that many have been forced to stay at sea for several months longer than planned, sometimes for over a year.

The UN maritime agency (IMO), estimated that some 400,000 seafarers, from all over the world, were still on their ships at the end of last year, even though their contracts had ended, unable to be repatriated. Another 400,000 are thought to be stuck at home due to the restrictions, unable to join ships and provide for their families.

A March 2021 update suggests that the number stuck at sea had declined to around 200,000, but cautioned that a similar number is still waiting to join ships.

This situation is having a big impact on mental wellbeing. Data from Mental Health Support Solutions (MHSS) showed growth in mental health problems among seafarers in a three-month period to the end of February. The report showed heightened anxiety from seafarers onboard along with burnout and depression being reported.

The mental health service provider also said it saw an increase in Master’s requests for counselling support, and this was highest during December, which includes Christmas and year-end holidays, and times normally spent with families.

With the pandemic still very much with us and causing significant issues around the world mental health issues are likely to continue rising.

So what can shipping companies do to improve the mental wellbeing of their crew?

One way is to ensure crew have personal internet access so they can use it for personal emails and video calls to stay connected to the outside world. This is an easy solution but it appears many companies don’t offer this.

A study by Nautilus found that whilst 88% of its members worked onboard ships with internet access, only 57% could use it for personal emails and only 6% of members were able to use video calling, which is considered the best way of keeping in touch with family and friends.

However, a study by Cardiff University that found that long working hours, isolation and extended periods away from home put seafarers at risk of poor mental health, said one of the ways to improve mental wellbeing is the provision of onboard internet access.

Providing internet can also enable seafarers to seek help from the plethora of mental wellbeing apps there are out there, as well as contact organisations for support should they feel their mental health is suffering.

Another key element for good mental health is ensuring that seafarers get enough rest and stick to legal limits on how many hours they can work is also essential. Not having enough sleep can boost the body’s level of stress hormones which becomes a vicious circle for those already stressed.

Work stress and impaired sleep are linked to a threefold higher risk of cardiovascular death in employees with hypertension according to a study in the European Journal of Preventive Cardiology.

To prevent tiredness and improve the health and wellbeing of seafarers, technology can be of use once again. By using innovative software for the use on board such as the Rest Hours module or the Crew Portal of our Cloud Crewing package, seafarers can enter their own rest hours and other relevant data rather than relying on someone else to collect and enter the data. This means they can access their own information and ensure the correct times have been entered.

With mental health likely to be an ongoing challenge for shipping companies as we move out of the pandemic and beyond making use of available technology to support seafarers can be a real game-changer.

A report by Lloyd’s List and Inmarsat last year showed that Covid-19 prompted a significant increase in the use of video-based connectivity by the crew for social and welfare reasons, and say it is highly likely that crew welfare issues will be a top three driver for digital adoption in the future.

We couldn’t agree more. We recommend that companies who have not already joined the digital revolution, embrace technology to not only improve the mental wellbeing of their crew but to streamline processes and improve efficiency.